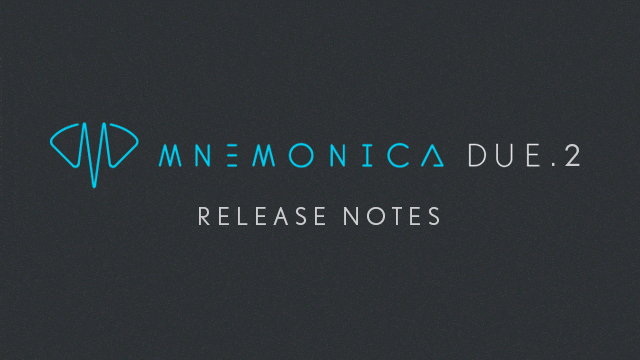 Posted at 18:27h in updates by mnemaster

In this new release we keep on pushing on the accelerator of users’ collaboration with a series of integrations that make Mnemonica even more flexible.

We have always described Mnemonica as a relational platform designed to adapt to users’ needs instead of the opposite. That’s why we have added new features and user permissions to cover an even wider range of use cases without introducing breaking changes. Most of them were born in collaboration with our users.

We already introduced them a few weeks ago. By the way, we designed Ingest Rooms specifically to support La Biennale di Venezia. In fact, Venezia 79 applicants will use Mnemonica as the ingest platform. Yes, we now support film festivals, and they can even integrate Mnemonica via API in their application forms.

But we’d like to remind you  that Ingest Rooms can be used also for collecting:

Directly related to the introduction of the Ingest Rooms, but useful on several occasions, we have added a tool to let users express a vote on any media uploaded to a Screening Room.

By clicking on the star icon on a media, users can express a vote from 0.5 to 10 and check other users’ votes. The displayed value on the media represents the average rating calculated on the users who have actually expressed a vote. Users can now sort the Media Pool items by rating average.

Many of you asked us to let users manage the media of a particular Screening Room without having access to all the others. Well, wish fulfilled!
How? We did not introduce a new user role, but rather a new type of Room.

For everything else, Collaborative Rooms behave precisely like all the others. In particular, Guests cannot invite any other Guests.

Read this article from our guide to learn how they work.

From now on, in a Screening Room, users can attach a note to any media. We have implemented a rich-text editor to use styles, tables, links, and images to take notes and share them with the whole audience of the Room. Guest access to notes is read-only in non-collaborative rooms.

We have extended Operators’ permissions to give them more freedom of movement and power while maintaining the original distinction from Managers. When a Room’s comments privacy is set to public, Operators can now read and write comments like Guests and Managers.

We added a number of clever interactions within the UI and fixed some bugs. Here’s a quick list:

And this is just March! We have big stuff already cooking for the upcoming spring.